About the Writing (Mostly)

Since I’ve not blogged about it recently, today I thought I’d share a couple of writing-related items. First, here’s what’s happening with the Space Between fantasy series.

Of the (at least) three books planned for the series, so far two have been published. The Space Between: The Prophecy of Faeries was released September 12, 2017, and The Realm Below: The Rise of Tanipestis followed on January 22, 2019. Somebody pinch me, because I must be dreaming. If you’d asked me a few years ago, I would’ve said that’s two more books than I ever thought I’d see on my own bookshelf, let alone anyone else’s. (Yes, people are reading the books, which is thrilling beyond description. A huge thank-you to all of my readers! Reviews are crucial, so if you enjoyed the books, would you be so kind as to leave a brief review on Amazon and/or Goodreads? One sentence is all it takes!)

Around the start of this year I began writing Book 3. It was slow going at first, for two reasons:

1. I was still attending to matters connected with the publication of The Realm Below—mostly promotions and obsessive rereadings. It was difficult to concentrate on the third book when I hadn’t quite pushed the second one out of the nest. (And it turns out that obsessive rereading isn’t enough. It took reading TRB aloud to Glen on our April road trip [hey, don’t look at me—I’M not driving his pickup truck 3,000 miles!] to catch the last few typos. That was THREE months and FOUR editors after the book’s release. Clearly, Glen and I will need to take another road trip when this next one comes out.)

2. The second reason was trickier to negotiate. I had to begin Book 3 by weaving together the threads left dangling at the end of The Realm Below. I won’t reveal anything in case you haven’t read TRB yet (not even Book 3’s working title, because it might be a spoiler), but TRB ends with a number of unexpected events and a major cliffhanger. It’s kind of like a game of pick-up sticks: The characters get thrown into the air by unfolding events and then come down in new places and crises and relationships. Before I could do anything else at the start of Book 3, I first had to allow my characters the freedom to react and realign to those new places and crises and relationships, and only then could they forge ahead.

Both reasons are behind me now, I’m happy to say, and I’m working on the meat of the story. I’m not a fast writer, but with a regular routine I’m getting it done. It’s fun to show up at my desk every day and be surprised by what turns up on the screen. My characters have their own ideas of what they should be doing and they’re not shy about taking the lead. I just write what they tell me to.

The second development might seem at first glance to have little to do with writing, but to me, it’s a game-changer. If you’ve been with me awhile you’ve read my grousing about our satellite internet. This is how naïve I was when we moved away from the city: I had no idea that, by and large, rural people don’t have the same access to internet service that urban populations do. I knew in advance that the lack of infrastructure on our remote country roads meant we’d be dependent on satellite. But the much higher bills (no such thing as bundling the TV, internet and phone out here), the unreliability during stormy or very overcast weather, the random outages? The data limits?? I had no clue. It never crossed my mind that after we moved I would no longer be able to leave my email open, listen to Pandora all day, or spend much time online doing the banking, reading the morning news, paying bills, or seeing what I could make for dinner on Food52. (I love Food52. Highly recommended for all who enjoy cooking and food.) When someone broke the news to me right before Glen and I moved in to the farmhouse, I was a little dismayed, but still didn’t really get it. Then, the first month we lived here, we used up all of our data in less than two weeks and were forced to buy more. That’s when I realized our way of life had changed. But a few weeks ago, a friend suggested to Glen that we investigate a miraculous technology called fixed wireless. (You can read more about it here. I wouldn’t dream of trying to explain it.)

We couldn’t believe it might work for us, but Glen made some inquiries and got the all-clear from the provider. (Who was zoomed in on our house on Google Earth while he had Glen on the phone. Even more miraculous.) By the time you read this, our service should be set up, and Glen and I should have unlimited internet again.

So how is this writing-related? Because if fixed wireless functions as promised (you can see I’m still hedging my bets), I’ll be able to submit my work—mostly poetry—to journals again. Since moving out here more than four years ago, I’ve submitted to a grand total of two publications, both of which I’d worked with before. This is a huge decrease; I used to keep five or six batches of poems in circulation each month. That number dropped because making targeted submissions requires researching each publication: the submission window and preferred submission method, number of poems considered in each batch, editorial statement, samples of recently published work, response time, rights acquired, etc. Plus more particulars I didn’t list. The most efficient way (I would argue the only way) to learn these things is online.

Yes, I write fiction and blog fortnightly about life, but I’m also a poet. I’ve missed being able to send my work out into the world. I’m excited to do it again.

And when I do, I’ll be listening to Pandora. The Charlie Haden station. 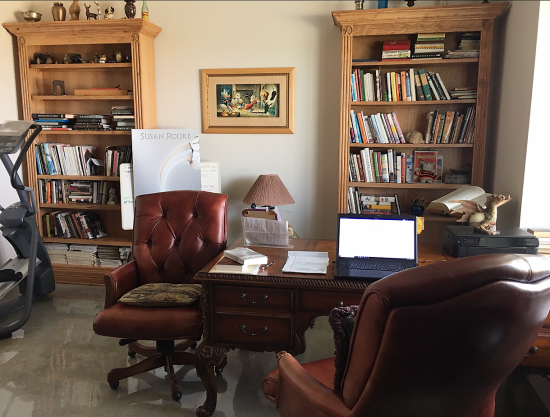 Filed Under:Blog, Featured Post, Poems, Publishing, The Realm Below, The Space Between, Writing