Okay, so Glen and I have lived in the country for two years now. And it’s been mostly wonderful. Yes, there have been adjustments. It’s a 15 mile roundtrip to pick up our mail at the tiny post office, and quite a bit farther to the nearest small-town chain grocery store. There is no existing infrastructure for luxuries like cable television and Wi-Fi, so both TV and Internet come courtesy (if you call paying through the nose for less dependability plus limited data a “courtesy”) of satellite: one dish for each. Heck, we don’t even have a landline for telephone service. Our house sets too far back from the road. Thankfully, cell service is fairly reliable here. Unless we’re indoors.

But in many ways—nourishing, fruitful ways—life in the country is a blessing. It’s lovely. Soothing to the body and mind. Closer to nature. Much, much closer, actually—to large, intimidating cubes of nature all over the landscape, endlessly eating, chewing and excreting. We call them cows. They may not be as tall at the shoulder as most horses, but boy, are they big. Case in point, 1080. 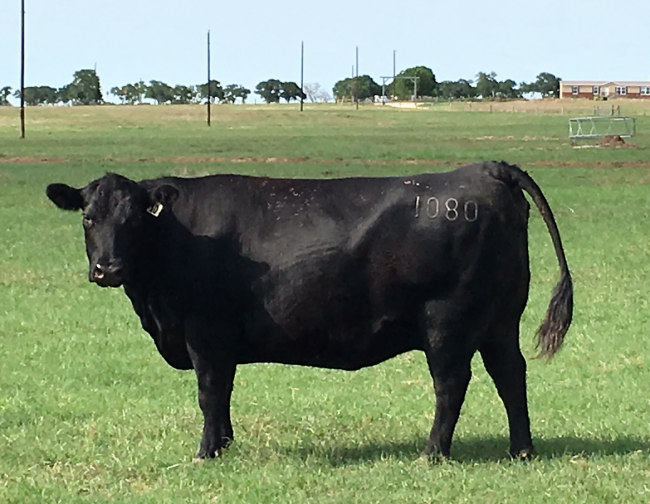 She looks like a giant block of extra-sharp Vermont cheddar wrapped in black wax. If she got moving fast enough to mow you down, you’d be toast. Luckily she’s too mild-mannered to kill you deliberately. She’d kill you by accident instead.

Here’s what I wrote about that in my very first blog post from early May 2016:

“We’ve been living out here nearly a year now, and I’m getting used to them, but up close they still scare me. Cows are . . . quite large.

“It didn’t help when Glen warned me early on (with a case history to illustrate, no less) that if I walk among the cows it’s best to shuffle my feet as I move, to avoid getting nudged off balance. Because once that happens, you’re much more likely to fall down, and after that comes the part where you’re pounded to jelly. Not that they’d do it on purpose, but it would be like getting knocked down by a small car, and then all the other small cars crowd around to see what’s going on and run right over you. I knew then that I’m living my personal golden years dream: trying to avoid death by cow.”

I’m happy to say that it’s so far so good on avoiding death by our own cows.

However, something that didn’t cross my mind when we first moved out here is how often we’d be dodging other people’s cows. In the roadway. It’s averaging about once every four months. Since each occurrence offers the very real possibility of death-by-cow, that’s too often.

At least half a dozen times over the past two years, I’ve come upon cows or calves out of their fences and standing either in the road or on the grassy shoulder beside it. Guess what time of day it usually happens? Yep. After dark. And guess what color these nighttime escapees always are? That’s right. They’re black. Invariably. It’s apparently a regulation that all bovine estrays at night must be black—no exceptions. And without any homes nearby, there’s no way to know who owns them.

If Glen still has to make his way home on a cow-spotting night, I call to warn him. By the time he gets to the location—even if he’s only a few minutes behind me—the cow has always vanished into the darkness, very easy for a black cow to do. At twilight recently, I came around a curve and saw one straddling the guardrail leading to a one-lane bridge. It looked bewildered and seemed to think it was high centered, even though all four feet were on the ground. I called Glen and continued on my way home. He called law enforcement. When he and the officer met at the bridge, the cow had disappeared. Of course.

Despite my history of delusions, I’m pretty sure I’m not hallucinating these cows (something one can never take on mere faith with me). Glen told me that this particular animal left large, very tangible hoof prints in the mud that both he and the officer observed. On top of that, when I was passing the cow I’d seen an elderly couple also slow their car to look at it. Unless I hallucinated them too.

Since it appears that interdimensional road cows are going to be a regular thing out here (and wouldn’t The Interdimensional Road Cows make a great name for a rock band?), we’ve stepped up our alertness on these country roads at night. Or at least I have. I’m sure Glen already knew that watching for deer and raccoons wouldn’t be enough.

I wonder, though, how much such alertness really matters. If the end isn’t dealt by cow, it certainly will be by something else. After three funerals since mid-February, we understand that too well.

Despite my many anxieties, I used to feel invincible in my younger days—illogical, but true. Not any more. Now I’ll lie awake at 3:30 AM feeling a horrid sense of naked vulnerability. Each day’s news, from the global down to the friend and family circle, serves only to reinforce that sense. Thus, every morning when Glen leaves for work, I kiss him goodbye and tell him I love him. I tell him, “Be safe.” Which covers a lot of territory.

But at least I can say, here we are, two years on and still successfully avoiding death by cow.