First of all, a big thank you to everyone who told me how much they enjoyed last week’s 500-word flash fiction, “One Evening at Happy Hour.” Gracias, folks! It was wonderful to hear that and I appreciate my readers so much! (If you haven’t read it yet, find it here.)

Now, unfathomable as it is, we find ourselves almost at the end of October. 2018 has one palsied foot in the grave. And as we careen crazily toward 2019 as if we’re riding the Runaway Mine Train at Six Flags, I ask myself (again) how the year got away from me so quickly. I’m pretty sure I was here and awake for more than two thirds of it, so how did I miss it all?

I’ve noticed that the older I get, the more this time of year provokes such thoughts in me. Also, October is my birth month, so it feels as if I get a double dose of gloom. (I’m kind of over the excitement of being another year older.) However, even though these late October days bring failing light and dying leaves to remind us of the impermanence of all things, I do love them. Cooler weather, open windows, flocks of ducks and sandhill cranes crossing the evening sky, the sweet-sharp scent of woodsmoke hanging in the air . . . After the stifling misery of a Central Texas summer, late October is a gift I look forward to opening.

Oh, who am I kidding? I love October because of Halloween! The time of year when it’s socially acceptable, even encouraged, to wallow in our mortality and embrace the monstrous! To slink disguised through the darkness, to listen for that anomalous *bump* in the house at night, to carve large orange squash into frightful or fanciful patterns and then set a live flame flickering inside them! Thank heavens for Halloween! Because it distracts me from the fact that Christmas is only two months away. And that after that, 2019 will be here and then it’ll be Christmas again and then 2020 will be here and then . . . You see where I’m going with this. I might as well start singing “The Doom Song” now.

But not just yet. Because first, there are jack-o’-lanterns. And we need to enjoy them while we can because they won’t last long. 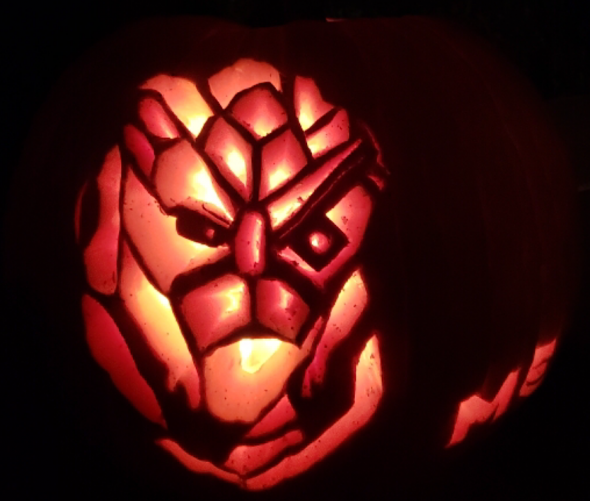 These beauties are from The Son-in-Law and The Daughter. Wesley’s is the one on top. Both so fun that I wanted to share them with you. And to point out that neither design was produced by a stencil. (Wesley is clearly putting his engineering degree to impressive use.) 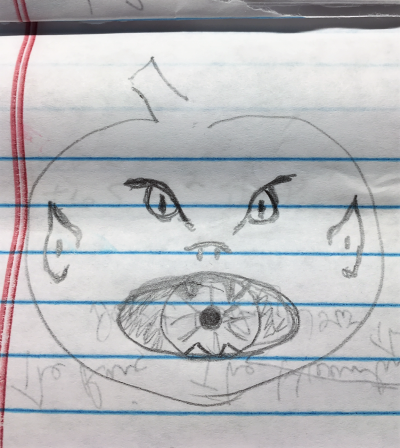 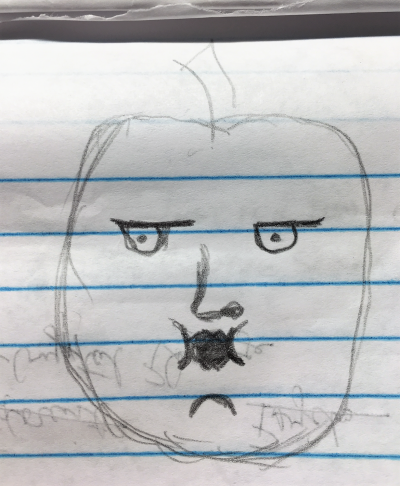 And here are my two designs. I sprained my back last week, so I’m going with the bottom one. It’ll be way easier to execute. Glen is insisting that he’ll clean out the pumpkin’s guts for me, and, much as that feels like cheating, I might just let him.

And finally, here’s a little something I wrote a couple of years ago that appeared in the Best Austin Poetry 2015-2016 anthology. It took home the Trick or Treat Award (a contest sponsored by poet, writer and Halloween birthday girl Carie Juettner) in the 2016 Austin Poetry Society Annual Awards. Because, just as I love the physical trappings of Halloween—the jack-o’-lanterns, the mounds of warty squashes, the witchy yard décor, the horror movies on TV—so do I enjoy reading (and writing) stories and poems that send a thrill up my spine.

Pluck me from my bed of vines.
Cut me. Gut me hollow
as an empty boot. My flesh,
gouged. My seed, discarded.
Carve me lidless eyes incapable
of closing, that I might never
look away. My head trepanned,
you strike a flame inside me
and set my heart afire, then
call me lantern, crown me
with a circlet of my skull.

If I had hands I’d whittle you
the way you’ve whittled me,
scrape out your head to glow
through darkness until rot
snuffs you, until you are
but wind and memory, shadows
amid leafless trees, the space
between two blowing pages of a book.

Let it begin. My eyes are wide,
my rictus grin is graven in my skin.
I am the jester this unhallowed night.
Come. Smile. Taunt me.
I am Jack, in my crown of bone. 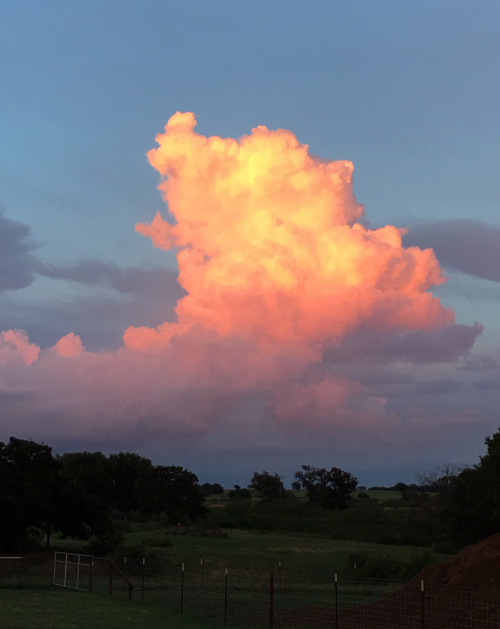