It appears that Glen and I have acquired a new dog. Not on purpose. We were content with our one cat/one dog/two human household. Cat Phoebe and dog Lucy are exactly the same age (they’ll both be 8 in March 2017), and they love each other with a cat superior/dog inferior love. (Which is very much how Phoebe loves us too.) 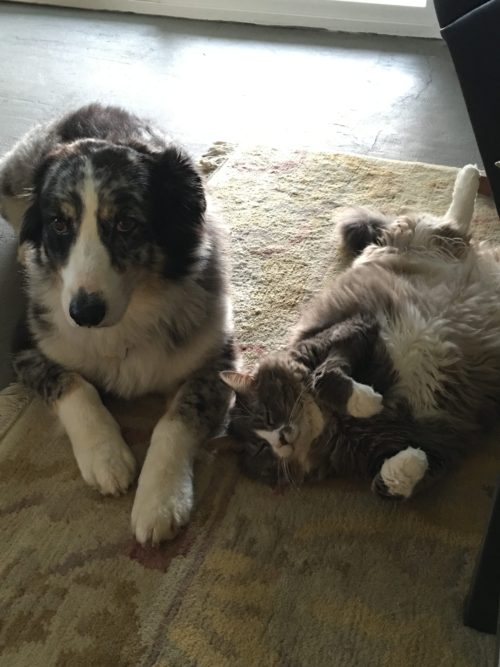 But last week, after an especially distressing day (and regardless of how we might have felt about the idea), a white, female mixed-breed dog turned up on the job site where our “forever home” is being built. And once she turned up, she wouldn’t leave. 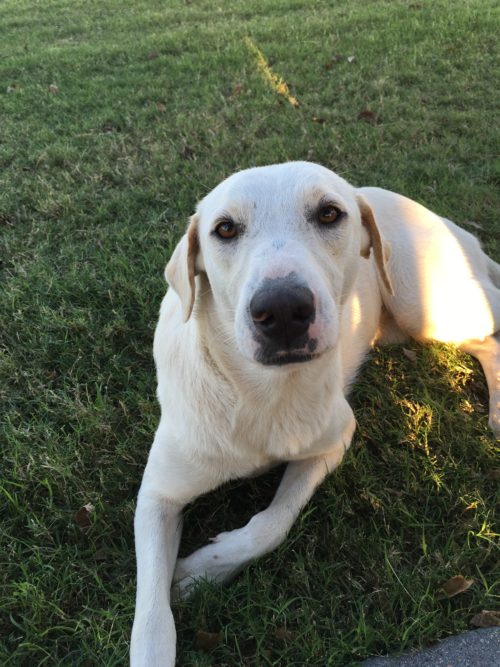 She latched on to Glen at once. This is typical of most domesticated and semi-domesticated animals, as well as of small children. After Robert Redford’s movie The Horse Whisperer came out in 1998, Katie and I would refer to Glen as the Animal Whisperer, because the word “horse” didn’t cover enough territory. (Readers, some of you will have seen photos I’ve posted on Facebook of Glen and Lucy, so you know a bit about what I mean. The look on our Australian Shepherd’s face as she gazes upon her beloved master is nauseating. Wait–I meant endearing!) 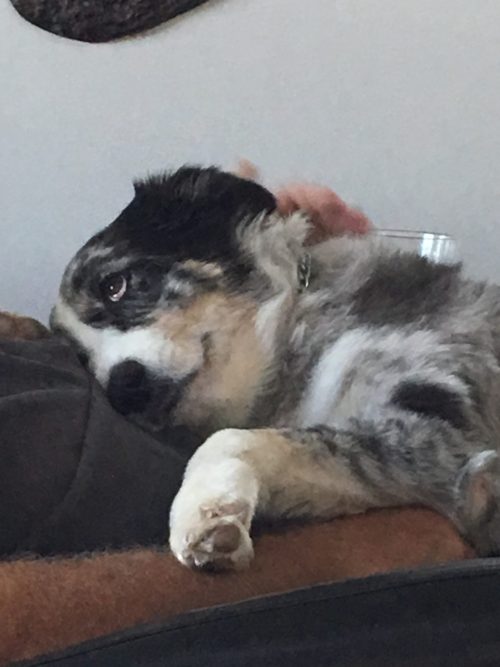 The new dog has no collar or tags. We can’t be certain that she’s not chipped or tattooed, but she bears no sign of ever having belonged to anyone—certainly not to the neighbors. And from the way she behaves and carries herself, it’s clear she’s been on her own for a long time. Even that first afternoon, it was evident how independent and self-reliant she is. But at the same time, she very much wanted someone to care about her. She wanted affection and regular meals, and to stop being a lone dog for a while.

Within the first hour, we knew she had to have a name. Glen suggested I do the honors. As I watched her trot around the new house with us, the name “Alice” surfaced from my subconscious, and at once it seemed a perfect fit.

For now, Alice is an outside dog. Though they’ve viewed each other through the glass sliding door, we can’t be sure how she’ll behave when she’s in the same room with Phoebe. Alice might not recognize Phoebe’s claim to the throne of all creation. Also, Alice appears to have had little training, and understand few, if any, commands. She’ll “sit” for Glen, but not for me. There’s a good chance she’s not housebroken. The longer she lives with us, the more likely it is that those obstacles will prove minor.

She’s a little bit thin, but she’s young, and otherwise healthy. However, she needs to be vaccinated and she needs to be spayed. We’ll do those things as soon as we can, but right now she refuses to get near a vehicle. Maybe for good reason.

We’ve had Alice for over a week now, and she still does mostly as she pleases. She gets bored with staying in one place. If she’s tired of the farmhouse yard, she worms her way under the fence and out into the pastures. (It’s a tight squeeze, and luckily Lucy has no interest in making herself uncomfortable just to leave the yard.) She trots over to the new house to see what the workmen are up to. She stalks killdeer, investigates where the jackrabbits have nested, drinks from the stock tanks and smells where the cows have grazed. Then our two male donkeys, Rosencrantz and Guildenstern (or Rosie and Gill for short), spot her and roust her from the pasture. Their job is to seek out, pursue, and trample canids of all sorts, especially coyotes, and they do it well. Here they are, Rosie left, Gill right, not looking especially murderous (but looks are deceiving): 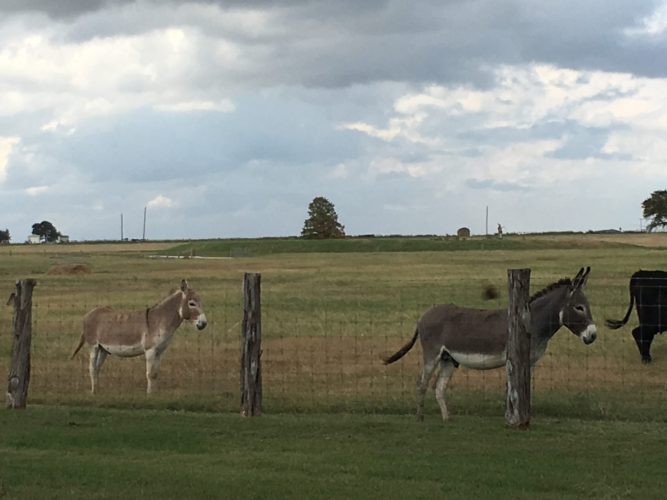 I don’t want to romanticize, or put too much stock in coincidence, though I do have the same mystical bent that my father did. But really, it almost seems as if Alice showed up in our lives to help us over a difficult time. Her happy, sweet nature cheered us, and enabled us to see life in a softer, more forgiving light. Providing for her needs gave us something other than our own needs (and the national political scene) to think about. As freewheeling and self-sufficient as she is, we can’t say how long she’ll stay. If she’s truly determined to leave, nothing will keep her here. She’s the kind of dog who lives on her own terms, not ours. So far, though, she looks pretty happy here. 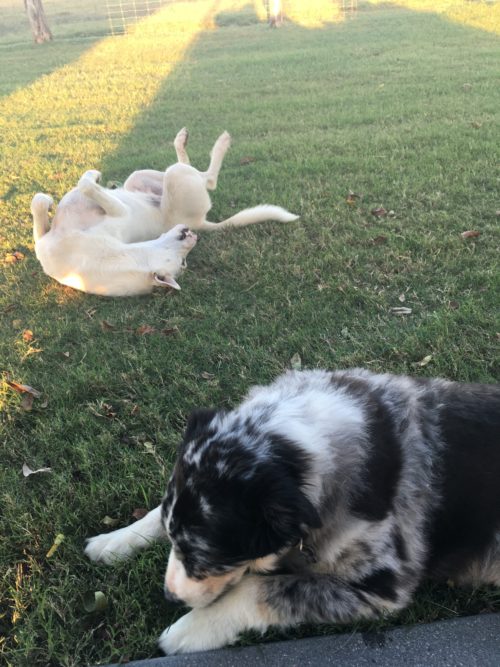 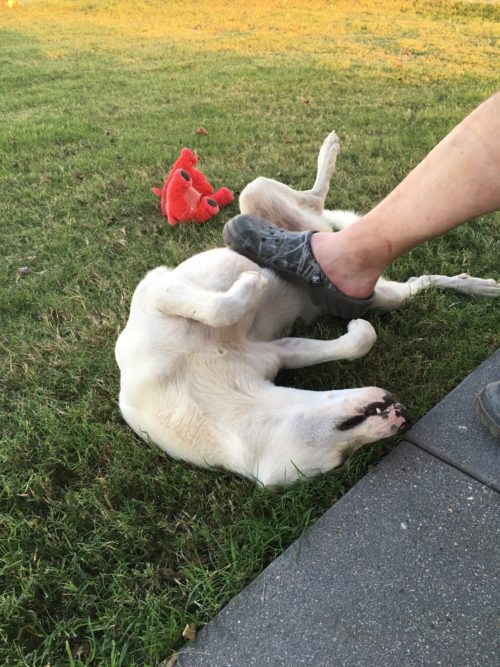