Last year we moved into our farmhouse on July 11th. It wasn’t a particularly brutal July, as Texas summers go, but it was bad enough. For sitting outdoors in the evenings (our favorite part of the day) we wanted something more refreshing than our standard rye or scotch. Something icy cold and maybe a little sweet to sip while watching the cows graze. Glen told me about a likely-looking tipple he’d spotted on a recent trip into town: Deep Eddy Peach Vodka. It looked lusciously peachy in the bottle, and it’s a local company, with a distillery in Dripping Springs, not far from Austin. Let’s try it, Glen said. So I went to the liquor store and picked up a small bottle. Foolish mistake. The next time I went I bought the biggest one they had.

That’s how our favorite new warm weather drink was born. And just because we could, we named it after our place, Anchor Land & Cattle. Now that summer’s here again (um . . . yay?), I present: 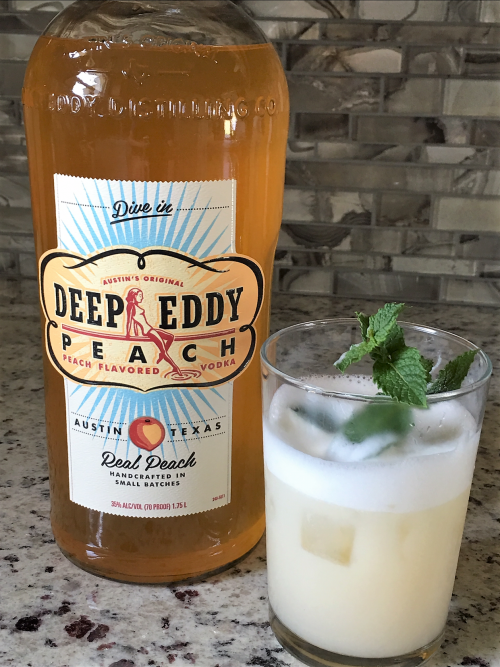