Well, that was certainly a longer break than I expected. I hope everyone had a pleasant January? Mine passed in sort of an ouchy haze, but I’m glad to say that’s all behind me. And guess what the SI joint pain turned out to be? Shingles. Yep. And it was the least fun seven weeks I’ve had in recent memory.

So here’s a public service announcement: If you’ve had chicken pox and you’re 50 years old or over but haven’t been protected yet, ask your doctor about getting the two-part shingles vaccine. Heck, if you’re younger than 50, I’d still ask the doctor. Young people can get shingles, too. The Daughter had it in college, for heaven’s sake. And contrary to the misinformation I was given by a physician’s assistant after my first (deceptively mild) bout, you can have the vaccine even after you’ve had the shingles. Again, consult your doctor for all the info.

Needless to say, after seven weeks of daily pain meds, a heating pad, limited motion and “sleeping” not in the bed but in a recliner (under a blanket that smelled like the dog), I will be having the vaccine. After about ten days of observing me with increasing alarm, Glen decided he didn’t ever want to experience what I was going through, and had his first injection. He’s due for the second in March. The first one made him feel like hammered crud for 24 hours, but it’s still worth it. Shingles is not pleasant and can have permanent, debilitating effects. Just ask someone who’s had shingles in an eye.

The whole episode dragged on for so long that it’s left me with lower than normal energy reserves and a lot of items on my to-do list. At the top is writing. Since the beginning of December, I’ve written nothing except for one blog post, a poem and part of a short story. Before it all started, however, I’d submitted three short stories to various publications, and I’m ecstatic to tell you now that all three were accepted. In my December post “Humbugged,” I wrote about the acceptance of “The Break Room” by the wonderful Andrea Dawn of Tell-Tale Press. If you haven’t read it yet (it’s flash fiction, a quick read), you can find it here.

Next came “The Painted Dog,” a longer story which found a delightfully creepy home at Coffin Bell. Thank you, Editors! 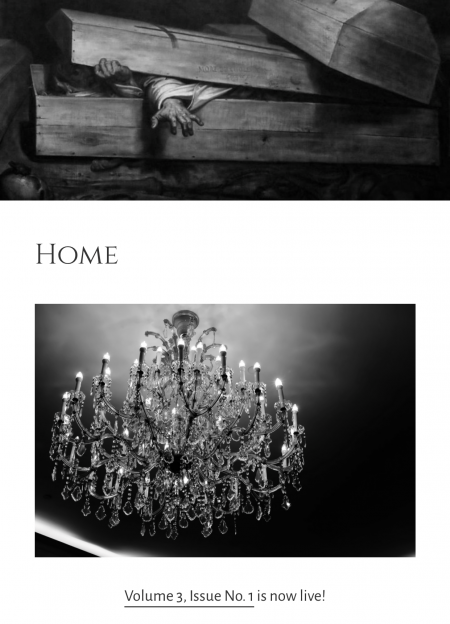 Last came another piece of flash, “A Matter of Fax,” which landed at Theme of Absence with a welcome acceptance from Jason Bougger. I’m very grateful to all these editors and their publications, and to everyone who has read the stories. If you haven’t read them yet, I invite you to follow the links and dive in, and as always, if you’re so inclined, please leave a comment!

Now I’m outta here. I have a lot of writing to catch up on, not to mention laundry (drying as we speak), cooking, baking and cocktailing. In the meantime, I hope everyone is enjoying a great start to the new year, and I’ll be back in two weeks! (Um . . . the good Lord willing and the creek don’t rise . . .)

This is just a quick post today, Dear Readers. For one thing, many of us are busy shopping, cooking and making travels plans for the holidays. My own plans for the next few weeks include making peace with the idea that we’re starting yet another new decade in this 3rd millennium of the Common Era (which at the moment seems even more common than usual). Also on my to-do list is once again to be able to sit in a chair without lots of pain meds and a heating pad. Like right now, for example.

Yes, your semi-faithful correspondent is about to ditch the next couple of posts, but it’s for a good reason: I’ve been sidelined with sacroiliac joint problems. Despite X-rays showing hip bones in perfect health, the right hip has been berating me for days now with unreasonable demands. (Don’t sit! Don’t stand! Don’t bend over! Don’t lie down! What are you, crazy?) It’s quite tiresome and to be honest, it kind of smarts. Since my normal M.O. is to avoid pain whenever possible, I’m going to take some time off from working at my desk in order to heal. Also, I’m on narcotics, which tend to make me stupiid. Whoopsie.

BUT . . . Before I go, I want to share with you my short story that was published by Tell-Tale Press on December 1st (and thank you, Editor Andrea Dawn, for the acceptance!). It’s called “The Break Room,” and you can read it here.

While you’re there, I recommend perusing the other stories on the site, too. Tell-Tale Press publishes four genres of fiction in four virtual libraries: Fantasy, Horror, Mystery & Crime and Sci-Fi. Mine’s in the Fantasy Library, naturally, though it does have just a hint of horror. So please enjoy, and if you’re so inclined, leave a comment!

May your coming weeks be filled with joy and blessings, and may your new year get off to a fabulous start. Happy Holidays! I’ll see you some time in January! 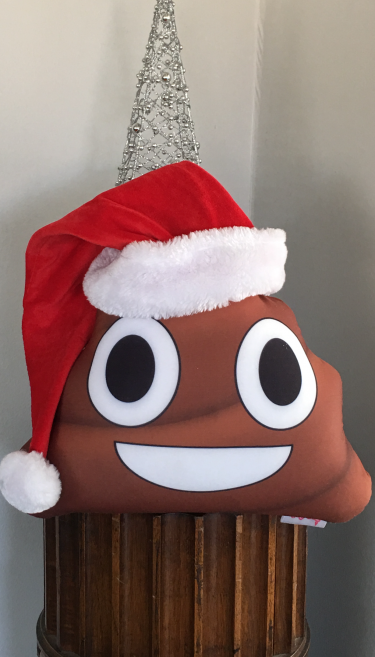 Fictioneering (Plus 3 Tidbits of Halloween Flash!)

Thanks to our nearly miraculous fixed wireless unlimited internet (which continues to work beautifully even through the worst weather conditions), I’ve been spending way more time playing around with short fiction lately than I have writing Book 3 of the Space Between series. This is not an effective way to get Book 3 out into the world, I realize, but now that I can do online research again without worrying about data limits, I haven’t been able to resist making a few submissions. Though I haven’t submitted any poetry yet, since mid-August I’ve sent a short story and some flash fiction to various publications, and when I woke up this morning I was gobsmacked to find the first acceptance in my inbox. What a thrill! It’s been so long since I’ve submitted anything I’d forgotten how good a little validation feels. So good, in fact, that when I got a rejection for a different story a few hours later, I scarcely noticed it. In a day or two, I’ll get back on the proverbial horse and send that story out somewhere else.

I’d also forgotten how much I enjoy trying to write more extreme forms of flash fiction. In October while cruising around online, I found a Halloween story contest that I simply had to try. Some of the rules were the usual ones, like the story could not have been published elsewhere and it had to be your own work. Others were more specific to this contest: It had to be scary, it had to have a title and it had to be submitted in its entirety in the Comments section. But the requirement that hooked me was that it had to be exactly 50 words, not counting the title.

The contest deadline was October 25th, and the grand prize winner was to be announced on Halloween. There would also be a number of other stories chosen as runners up, with the idea that a print collection would be published at a later date. But writers could enter as many times as they liked, and by October 25th there were well over 4,000 stories in the Comments. (I suspect the $500 1st Prize had something to do with that.) I wrote a measly 3, but some people submitted 100 or more. The contest organizer wasn’t prepared for such a deluge, and as of this writing, hasn’t been able to choose a winner yet.

With that many entries, I’m confident I didn’t win. Of course I’d love it if one of mine were chosen as a runner up, but even that would be something of a miracle. I don’t really write horror, although my acceptance this morning was for a story that falls loosely into that genre. What I enjoyed the most was the fun of trying to meet the challenge of coming up with three scary stories that were told in precisely 50 words. Since they’re already “published” in the contest website’s Comments, I’d like to share them with you today. (Here’s the link to the contest page if you’d like to read more of the offerings. And if any of you feel like giving those same requirements a shot, please feel free to share your stories with me either privately or publicly!)

Carefully she lifted the covers and crept into bed. He snored softly, his back toward her. She froze as he moaned in his sleep. When he quieted, she took a steadying breath, then plunged the boning knife into his spine.

That bitch who called herself his wife now was next.

All day she’d been jumpy, imagining things. The squirrel on the lawn was an enormous lizard. The dead leaf on the kitchen floor, a scorpion. Everything a menace until she saw what it really was.

But that night, a shadow in the doorway became the stranger lunging for her bed.

“Look out the window,” the instructor snarls, snatching up the drawing and ripping it in two. “Your sky is wrong! Start over.”

The child stares out at dead green sky, the vast, dark shapes spinning there. Tearfully, she replaces her blue crayon. Chooses green.