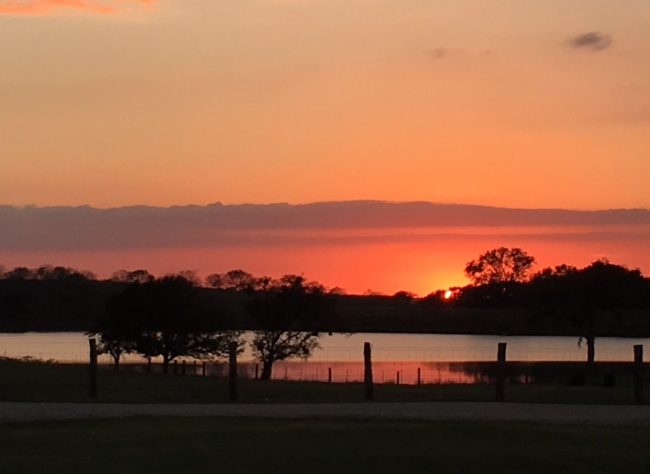 Tuesday was Valentine’s Day. It was also Glen’s and my wedding anniversary. Thirty-three years ago on February 14th, 1984, we stood in a Central Austin office building in front of a justice of the peace, scared to death and excited, as she married us. Glen’s theory was that Valentine’s Day was the perfect day for a wedding, as all the advertising in the Western Hemisphere would bombard him with reminders of our anniversary each year. (So far so good.)

There were no witnesses except for the judge’s aide. It was all over in a couple of minutes. Once we were done, I drove the few blocks home, and Glen drove the many miles back to his job at a horse ranch outside of Elgin. That night I’m sure we had a moderately celebratory dinner, probably with champagne. Then we got up the next morning and resumed our normal routine, as if nothing life-altering had taken place the day before.

Boy, were we young and dumb. But in spite of ourselves, what we did that day was the right thing for both of us.

As is true of so many people, we’d each been married before, and thus brought to our marriage a ton of baggage accumulated during those prior relationships. We spent the first year sorting that out. There were adjustments to make, arguments to stew over, concessions to grant. We’re both stubborn, strong-willed people who don’t like being told what to do. (Some have even—just imagine it!—called us “bossy.”) But we stuck with it, unable to imagine a life without each other. And now the intervening 33 years is history, some of which I have recorded in poems written to honor this hasty, foolish, ill-conceived and wonderful relationship, including the poem I want to share with you today.

So, for everyone reading this, I present “A Marriage in the Hands,” first published here on Jayne Jaudon Ferrer’s website, Your Daily Poem, on February 13th, 2014. The poem next appeared on March 25th, 2015, on A Year of Being Here, a site of daily mindfulness poetry curated by Phyllis Cole-Dai (now, alas, shut down, but find it here).

I offer it for everyone who, like me, has had a comforting, steadying hand to hold. To all of you, in love and gratitude, wherever you are—on this earthly plane, or transcendent on another—and to Glen, my only Valentine.

A Marriage in the Hands

You make a fist, that I might see
your skin grow tight again,
smoothed across your hand.

Those big hands that you like
to joke are too heavy when carried
all day at the ends of your arms.

Then you relax your hand,
and all the skin relaxes, letting
go the taut shine of youth,

and I see your sacrifice,
the thirty years you’ve held
us close, held my strength

for me, and all your tenderness.
I put my own hand out, relaxed,
palm down, next to yours.

You are aging, so am I, and this
is something we have sworn
always to do as one. Undeniably

I see we have. Then you make
a fist again. I make my own.
As one we smooth the way ahead. 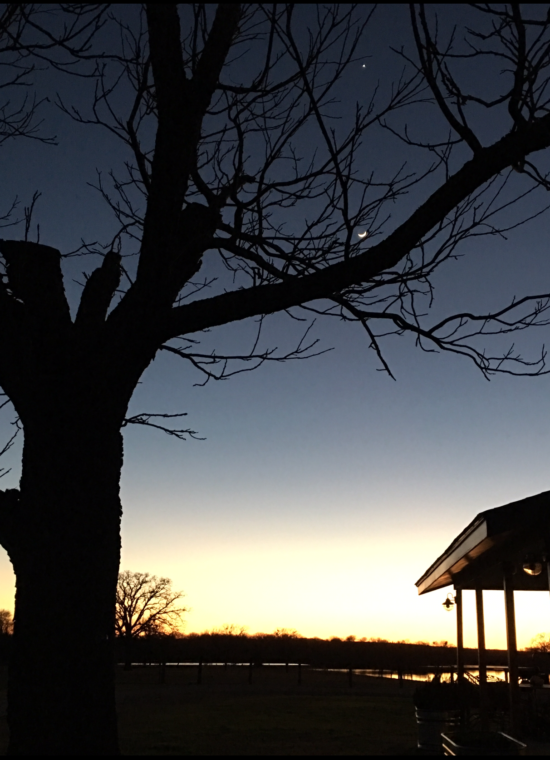